(ethiopianreview) For the past two months, Ethiopian Review has been investigating the shocking abduction of one of Ethiopia’s most senior opposition leaders, Ato Andargachew Tsige, by the TPLF junta with the assistance of Yemen’s secret police. Our investigation has uncovered that the Eritrean intelligence not only has passed Andargachew’s itinerary to TPLF, but more importantly, they gave green light to Yemenis to carry out the kidnapping.

The trouble for Ato Andargachew started when he argued with Eritrean officials about the amount of assistance Ginbot 7 has been receiving and the obstacles they were placing against his effort to form an armed force. Despite repeated promises, year after year, he was unable to make progress with the Eritrean regime.

Ginbot 7’s problem with the Eritrean regime was not limited to broken promises. The Eritreans have been actively sabotaging Andargachew’s effort to build Ginbot 7’s capacity beyond producing statements and running ESAT. It became clear that the Eritreans do not want Ginbot 7 (or any Ethiopian opposition group other than TPDM) to turn into a powerful politico-military organization. They want Ginbot 7 to serve as a mere propaganda outlet, as well as a source of hard currency from Egypt and Qatar.

In September 2013, in an effort to make a breakthrough, Andargachew went overboard in heaping praise on Isaias Afwerki in an interview with ESAT. It didn’t work. When he returned to Asmara, he didn’t see any thing moving. Out of frustration, he started to bitterly argue with the Eritreans. Finally, in early 2014, he left Asmara in disgust, and flew to Cairo for direct talks with Egyptian authorities.

The Egyptians, however, told Andargachew that they cannot give assistance directly to an Ethiopian opposition group, but they informed him that they have allocated an annual budget of $10 million for Ethiopian opposition groups to be dispersed by the Eritrean regime. Qatar gives additional millions of dollars to Eritrea and directly to ONLF to buy weapons from the Eritrean regime.

Discouraged by the outcome of the discussion with the Egyptians, Andargachew returned to London. He told his close friends — with whom he shared his frustrations — that he would never return to Eritrea. As Dr Berhanu Nega explained in a speech, Andargachew’s work in Eritrea was completed.

Privately, it was an “I-told-you-so” moment for Dr Berhanu because he never believed that the Eritreans were serious about assisting Ethiopian opposition groups to become a viable force. He argued, instead, for trying to influence the West to stop financing the TPLF junta that could force them to come to a negotiation table and reach some kind of power sharing agreement. He allowed Andargachew to pursue the Eritrea strategy because many of the other senior Ginbot 7 members shared Andargachew’s view on the matter, and to keep ESAT on the air. The only good outcome of Ginbot 7’s relations with Eritrea’s regime is ESAT, and ESAT is indeed becoming a valuable tool for the struggle to bring down the TPLF junta.

Shortly after Andargachew left Cairo, the Eritreans were informed about his meeting with Egyptian officials. They felt disrespected and double-crossed.

This was the second time for Andargachew to offend the Eritrean intelligence agents who are assigned to work with Ethiopian opposition groups. The first time was in 2010 when he went directly to Isaias and asked that Ginbot 7 be allowed to bring all the opposition groups in Eritrea under its command. Isaias agreed, but a few weeks later, Andargachew was beaten up by his own troops in front of Eritrean intelligence agent Col. Fitsum Yissehak at a remote location. The message was clear: do not go over our heads and ask any thing directly from our president.

Andargachew’s Cairo trip made them even more offended and insulted. As a payback, they leaked the information to the TPLF through unofficial channels. The TPLF junta used the information to revise its propaganda campaign and started attacking all Ethiopian opposition groups of collaborating with Egypt — ignoring the fact that they themselves came to power with massive assistance from Egypt, Yemen, Iraq, Syria, Libya and Yemen.

The Eritreans would not stop there. They decided to eliminate Andargachew because they thought he was becoming uncontrollable. Assassination was not an option, since they had already killed another Ethiopian opposition leader, TPDM chairman Fisseha Hailemariam in 2008, and blamed it on a mentally unstable Eritrean soldier; and in 2010 they banished former EPPF chairman Col. Tadesse Muluneh whose whereabouts is still not known. They know that they would be blamed if Andargachew is killed in Eritrea. Instead, they came up with a clever idea of throwing him into the jaws of TPLF.

This past June, the Eritreans told Andargachew that they are willing to discuss and sort out their disagreements and asked him to come back. He made the fateful decision of agreeing to go to Asmara, against Dr Berhanu Nega’s advise. Andargachew was so desperate for any progress, that he was willing to risk his life.

On June 22, when he arrived at the Sana’a international airport in Yemen, on route to Asmara, the TPLF agents were waiting for him with a military plane right on the tarmac. He was taken from the Yemenia Airlines flight directly to the TPLF plane and was flown to Ethiopia the same day.

For the past several years, Sana’a and Cairo have been a regular route to Asmara for members of the Ethiopian opposition, including senior leaders of OLF, ONLF and Ginbot 7. Both TPLF and Yemenis have that information but have never abducted any one from Sana’a airport because it would have meant an act of war against Eritrea. Without the Eritrean regime’s acquiescence, Yemen would not dare kidnap an important political figure who is heading to Asmara as an invited guest. In the past, Eritrea had unleashed its wrath against Yemen over minor disagreements. Kidnapping a guest of the Eritrean government is a big deal and Yemenis would not do it without a green light from Asmara.

After Yemen broke international laws and norms to help in the abduction of Ato Andargachew, Eritrea’s relations with Yemen has not changed. There was no consequence for Yemen’s action from the Eritrean government, other than some unconfirmed reports from supporters of the Eritrean regime about Isayas Afwerki’s alleged anger at Yemen’s action. We have not heard any official statement from Isaias himself regarding the matter. As a matter of fact, just one month after Andargachew’s abduction, the Eritrean regime sent a new ambassador to Yemen.

If Isaias Afwerki genuinely wishes to work with Ethiopians, he must launch an investigation into Andargachew’s abduction.

Andargachew Tsige tried his best to work with Eritrea for Ginbot 7’s mission of helping to bring democratic change to Ethiopia. We admire his courage and commitment. He is an Ethiopian hero. Now it is up to the rest of us to use his experience as a lesson, adjust strategy and continue fighting. 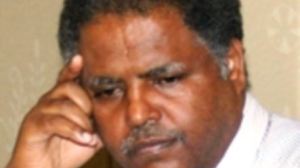