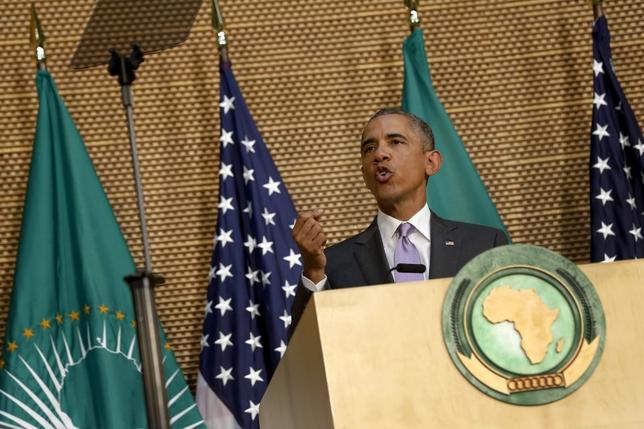 The White House on Wednesday voiced concern about the arrest of journalists in Ethiopia and urged that country’s government to release people imprisoned for exercising their right to free expression.

While the United States had welcomed the release of several detained bloggers in Ethiopia earlier this year, National Security Council spokesman Ned Price said in a statement, “we are deeply concerned by the recent arrests of other journalists.”

He did not give details about the recently arrested journalists.

On a visit to Ethiopia in July, U.S. President Barack Obama said in a speech at the African Union in Addis Ababa that Ethiopia “cannot unleash the full potential of its people” if it jails journalists and restricts legitimate opposition groups.

An Ethiopian opposition party leader said on Friday police had arrested two of its senior members on suspicion of inciting weeks of protests against government plans to set up a new economic zone near the capital that would displace farmers.

“We urge the Ethiopian Government to release journalists and all others imprisoned for exercising their right to free expression, to refrain from using its Anti-Terrorism Proclamation as a mechanism to silence dissent,” Price said.

(Reporting by the Washington Newsroom; Editing by David Gregorio)